What are you looking for?

Blog Liveaboard Dog Do Dogs Get Smarter?
Don't worry. I'll still keep you around even if I don't need you to solve all my problems.

Is my dog getting smarter?

Honey is not only the smartest dog I’ve lived with so far, she’s the most eager to please.

It’s a great combination during training.

But I never thought of her as a canine genius.

It took her longer to lift her nose off the ground to search in K9 nose work classes than the other dogs.

She was always awkward in moving her rear paws separately from her front paws.

And don’t get me started on all the times quick little dogs beat Honey in races around the yard because she didn’t know how to cut a corner.

In fact, I wondered if Honey wasn’t trainable because she was smart. Maybe she was just anxious to please me.

But I’ve seen some behavior from her lately that makes me rethink Honey’s intelligence. Or maybe she’s just getting smarter.

Honey is not driven to solve problems on her own. Like the dogs in the experiment testing the problem solving abilities of dogs versus wolves, Honey will look to me for help.

And of course, I give it.

I’m not a monster.

But lately Honey has solved her own problems. She doesn’t whine or look to me for help. She just gets things done.

Last fall, we took the boat to the Delaware River so we could visit Mike’s family in New Jersey.

When they came on board, I walked them around the deck. Honey jumped out of the cockpit to greet them and found herself facing us with no room to turn around.

I encouraged her to make a tight turn on the deck. But Honey had other ideas.

She started backing up until her hind legs were against the eight inch high coaming that protected the cockpit. Then she did what I never expected.

Okay, it doesn’t sound like much. But if you saw it, you’d realize it was about the equivalent of a dog taking two steps down a ladder.

She was both confident and clever to figure out how to move her hind legs separately from her front legs. And she did it completely blind.

I used to love kayaking with Honey.

And as long as the water was calm, she liked it too.

But if the water got choppy, Honey would spook. And her first instinct when the boat started to rock was to look for a way to jump out.

Honey doesn’t like to swim. I think she was just desperate to get out of an uncomfortable situation.

I was never sure she understood that she couldn’t stand on the water’s surface if she jumped out of the kayak.

When we first moved aboard I worried, as Honey looked off the dock, that she’d step off one day and get a big surprise.

I’ve heard of other dogs doing it. One of Honey’s friends on our current dock always wears a life jacket when she leaves the boat because she has been known to walk off the dock without thinking.

But as we’ve lived on the boat, Honey has gotten smart about water. She seems to understand (without taking a dive into the drink) she must stay on the boat.

Even when we’re in the dinghy, she no longer responds to rough water by trying to get out.

I think she’s learned something. I think my dog is smarter.

The marina has a sandy lawn where Honey plays with her friends and where we toss her a ball.

The other day, I threw a ball which rolled under one of the cars parked nearby.

Honey followed the ball to where she saw it roll under the car and crouched down to look for it.

I expected her to turn to me for help when she saw it had rolled too far under the car for her to grab it.

Instead, she walked around to the other side of the car where the ball had ended up near the opposite tire and dug it out herself.

Before we moved onto the boat, Honey always asked for help finding her toys. But now, she’s become quite the little problem solver.

What Makes A Dog Smarter

One of the big dog food companies is selling a new product. They claim it will reverse the inevitable cognitive decline dogs experience around seven years old.

Honey is a little older than six.

According to the dog food company, I should already be seeing her becoming less active and a bit dumber.

But instead, my dog seems to be getting smarter.

Why? Is it because the food I feed her is better than the mega brand? Well, that probably doesn’t hurt.

But I think three things are making Honey smarter.

There’s nothing like changing routines to shake up the brain.

My husband Mike and I have certainly felt challenged learning how to sail, navigate, and repair the boat. Our brain power is definitely growing.

But Honey is experiencing new things too.

She has learned the difference between days we’re staying in a marina compared to those when we get up before dawn to get the boat ready to travel.

She meets different people and dogs in every stop and has to negotiate her relationships with them.

And she’s smelling new smells, seeing new animals, and experiencing weather and its effect on the boat in a more profound way than she did living in a house.

I’m no scientist. But I suspect that new experiences keep Honey’s brain strong.

And probably make her smarter.

Honey is not a brave girl by nature.

When we first started training her with the ramp we had for the boat, she wouldn’t even step on it when it was lying flat on the ground.

Even when it was covered with stinky liver treats.

But now, Honey is getting bolder every day.

When we’re at a fixed dock with a high tidal range, that ramp gets very steep. One time, when the boat’s deck was four feet higher than the dock, we had to push Honey’s butt to give her enough momentum to make it up the ramp.

She didn’t like it. But Honey knew she couldn’t get home if she didn’t walk up the steep scary ramp onto the moving boat.

Doing it once without disaster taught her she could do it again. And it grew her confidence. Which I think grew her problem solving skills.

And made her smarter.

Moving around a house is always the same. The stairs don’t become more steep. They certainly don’t move.

But boats, even at dock, are always moving.

When we’re underway, Honey has to think carefully about how she’ll move around.

If she jumps from the seat onto the cockpit floor at the wrong time, she’ll plant her face in fiberglass.

Even lying down has its challenges.

Choosing the high side of the boat while we’re heeling (leaning over at an angle) means she’ll slide off after a while.

Honey has learned how to brace herself against the boat’s motion. And she knows to pick her moment to jump from one surface to the next.

Moving around a boat safely is a constant problem we need to solve. And it tests Honey’s brain too.

I think it’s making her smarter.

Is Your Dog Getting Smarter Too

One of the great things about clicker training is that moment when your dog’s brain just clicks on.

There’s a look in her eyes that says, “Oh, I got it. I just did something right. Let me try to do it again.”

Have you seen it too?

Perhaps the people who really see their dogs getting smarter are those helping fearful or reactive dogs.

It’s hard to be smart when you’re scared.

But as our dogs learn how to respond successfully to things that scare them, they grow. They become more confident. I bet they even get smarter.

Listen, I don’t know how to conduct a perfect test to tell me if Honey is actually getting smarter. But she does surprise me.

Honey is doing things now that she never did at home.

Honey is as devoted to us as ever. But she’s less likely to look to us to solve her problems.

I’m proud of her.

Some might argue. But I think she’s getting smarter.

And if my dog can do it, maybe there’s hope for me too.

Your Turn: Have you ever seen your dog make a cognitive leap? Do you think your dog is getting smarter?

Does Your Dog Crave New Things?
Next Post: Improve Your Dog’s Recall With Play

About Team Something Wagging

Follow Honey the golden retriever and her people cruising full time on a sailboat. Life lessons, tips, training info and more to build your bond with your dog. Read More…

Join! Get monthly tips for cruising happily with your dog! 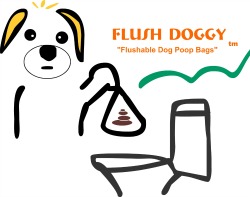 Take 5% off your order and get free priority shipping with coupon code REFER5.

Something Wagging This Way Comes is a participant in the Amazon Services LLC Associates Program, an affiliate advertising program designed to provide a means for sites to earn advertising fees by advertising and linking to amazon.com.